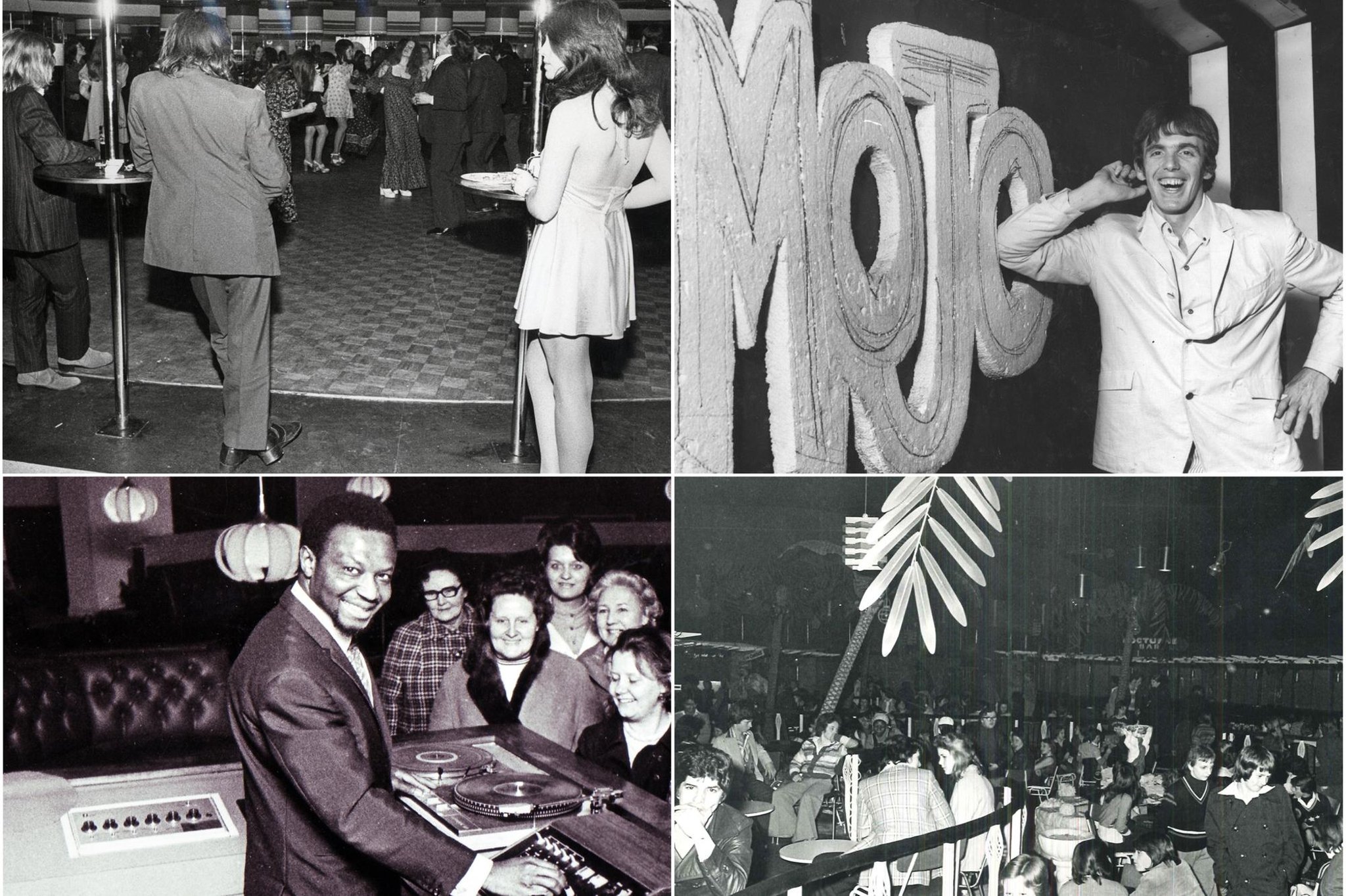 Andy Fisher recalled: “I started off in the Esquire and Mojo, as I got older the Heartbeat, Merry England and Cavendish. By that time I had ‘pulled’ the perfect ‘bird’ and still married to her.”

The Cavendish nightclub on Bank Street, pictured here in 1972, was part of the famous Bailey’s empire

The Rockin’ Berries appeared at the Cavendish Club, Sheffield in December 1968

The Heartbeat discotheque, pictured on January 26, 1970, was in Queens Road, in the building that used to house an ice rink

Tiffany’s was one of many names given over the years to the clubs that took over the former Lansdowne Picture Palace – just loving the palm trees!