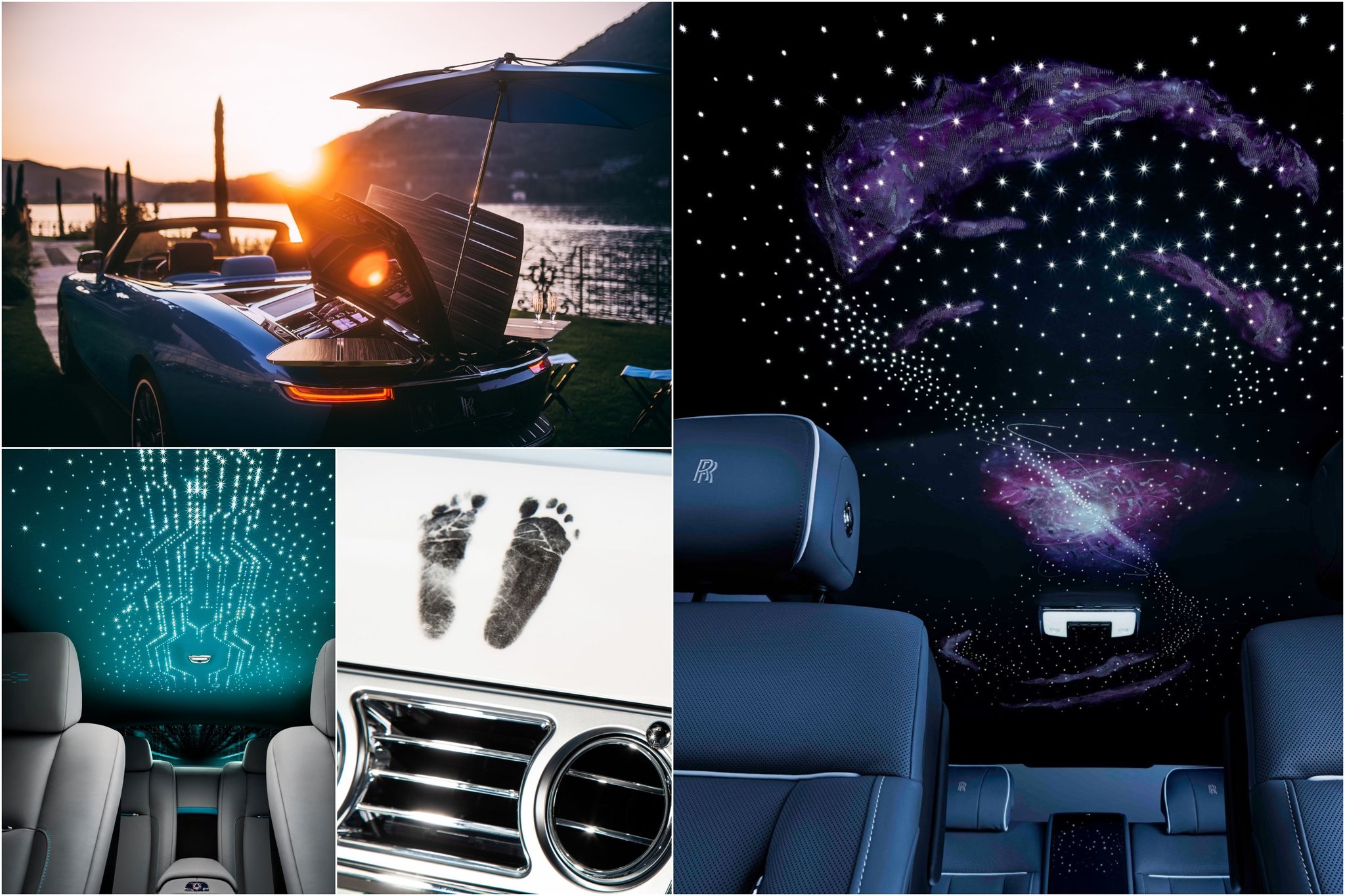 Rolls-Royce has revealed some of the most striking new cars developed by its Bespoke service over the last year.

The luxury brand enjoyed the best sales record in its 117-year history in 2021, with 5,586 cars delivered as the well-heeled of the world splashed their cash on luxury goods.

Alongside the success “regular” models such as the Ghost and Cullinan, the marque’s Bespoke arm, which creates limited edition and one-off examples tailored to individual buyers’ desires also enjoyed a successful year and has now shared some of its most “whimsical and wonderful” creations with the public.

Rumoured to be the most expensive car ever built, this stunning model is the first of three Boat Tails being built as Rolls-Royce launches its own coachbuilding service for the most discerning customers. Every element of the interior and exterior is designed specifically for each individual customer and this particular model features 1,812 completely new parts developed just for it. Grabbing most attention is the rear “hosting deck” with powered panels that fold out to reveal two fridges, a picnic set and telescopic parasol for al fresco dining.

This unique take on the two-door Wraith coupe was created for a Shanghai-based client who wanted to reflect her growing family and her love of the coast. Finished in Pebble Paradiso blue, the car features a hand-painted coachline in Seashell with an orchid motif. Inside, the cabin in finished in Charles Blue and Seashell leather and an artwork featuring a baby girl’s footprints is depicted on the Piano White monitor lid, a tribute to the client’s long sought-after bundle of joy. The bespoke Starlight Headliner continues the celebration with a personalised constellation paying tribute to her daughter.

Just 20 examples of the Phantom Tempus have been created, each inspired by the concept of time. The exterior is finished in a new Kairos Blue shade with jewel-like blue mica flakes, which catch the light and glitter to mimic stars, but the car’s centrepiece is the elaborate headliner. This illustrates a pulsar – a rare astronomical phenomenon found in the deepest reaches of space. These very dense, white-hot stars emit electromagnetic radiation in extremely regular pulses, making them a point of reference for some of the most accurate clocks in the universe.

The Phantom Oribe is a collaboration between Rolls-Royce and fashion house Hermès to create a one-off car for Japanese entrepreneur Yusaku Maezawa. The car features a two-tone exterior finish, inspired by the client’s collection of ancient Japanese ceramics – Oribe ware – and the paint has also been made available for use on the client’s private jet. The interior is finished in Hermès Enea Green leather with Hermès ‘Toile H’ canvas on the door armrests, centre and rear consoles and headliner. The car’s “Gallery” fascia features a handpainted artwork based on a design by French artist Pierre Péron, who created many of Hermès’ iconic scarves.

One of a kind contemporary design Sheffield house on the market for £820,000

This four-bedroom detached family home in Sheffield with a ‘wonderful modern feel’ is on the market for £575,000 – take a look inside

Dacia Jogger review: Does bargain price make this the best seven-seater on sale in the UK?