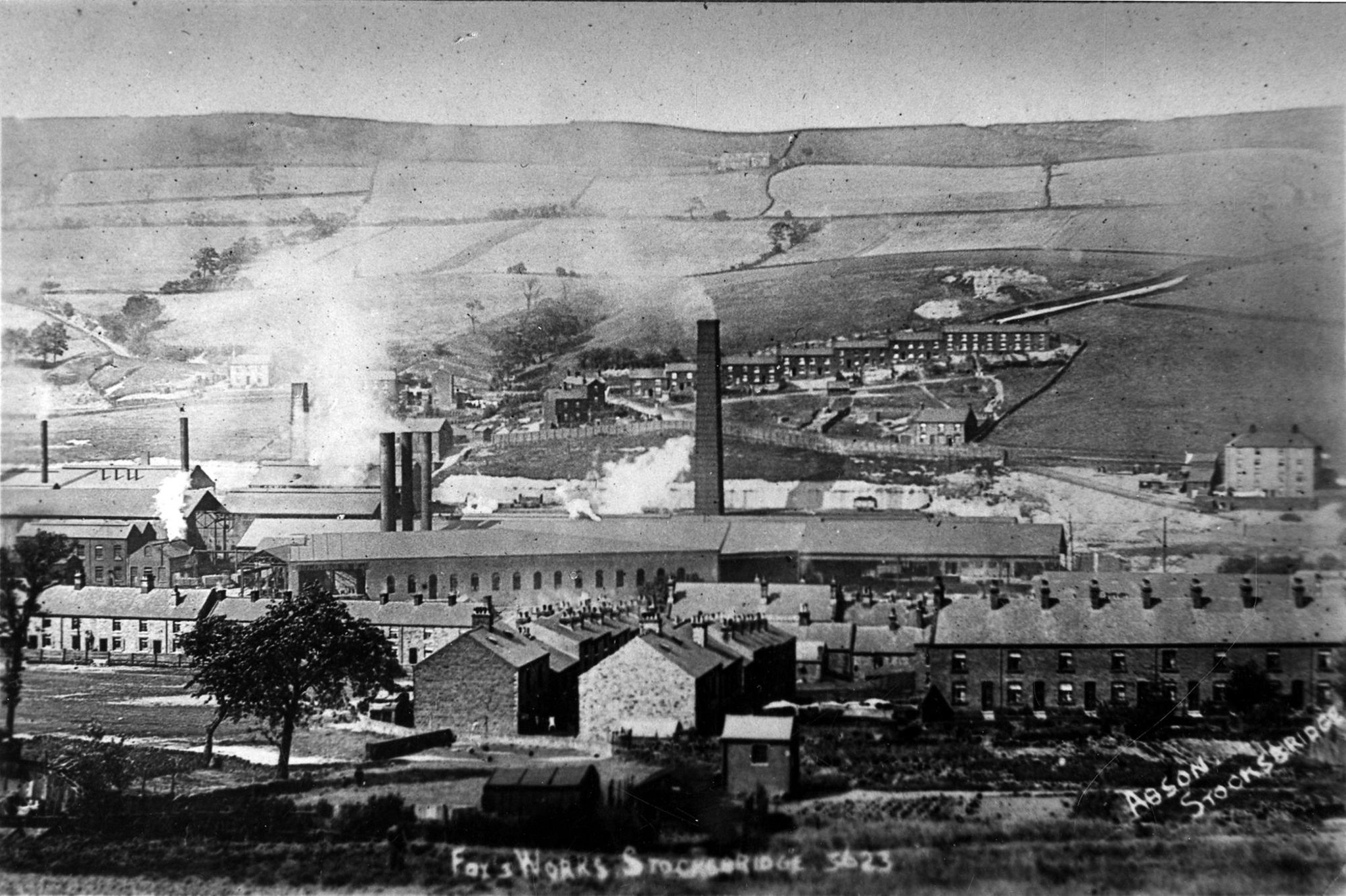 Samuel Fox and Company, known as Fox’s, was a company operating a major steel complex built in the Upper Don Valley at Stocksbridge.

Samuel Fox was a British industrialist and businessman noted for developing the Paragon umbrella frame. In 1851, he and his company Fox Umbrella Frames Ltd developed the Paragon frame, a U-section of string steel that was far superior to its competitors.

Development of the product continued until at least 1935. A similar product was used to make Crinoline frames from 1855. Umbrellas with Fox Frames were sold worldwide.

The business continued to expand and started producing different products and by the mid-1860s the works included furnaces and rolling mills.

In 1862, Fox’s began to produce crucible steel and the company installed two five-ton Bessemer converters, followed in 1863 by a rail and billet mill, and a rod mill in 1864.

Fox Valley shopping centre stands on what was part of the steelworks. The future of the remaining Liberty Speciality Steels is currently in the balance as there are fears it will be wound up.

Tyre Mill, Samuel Fox and Co. Ltd in Stocksbridge in 1913 – tyres being turned in the steam hammer, roughing out a shape. Ref no: s17035