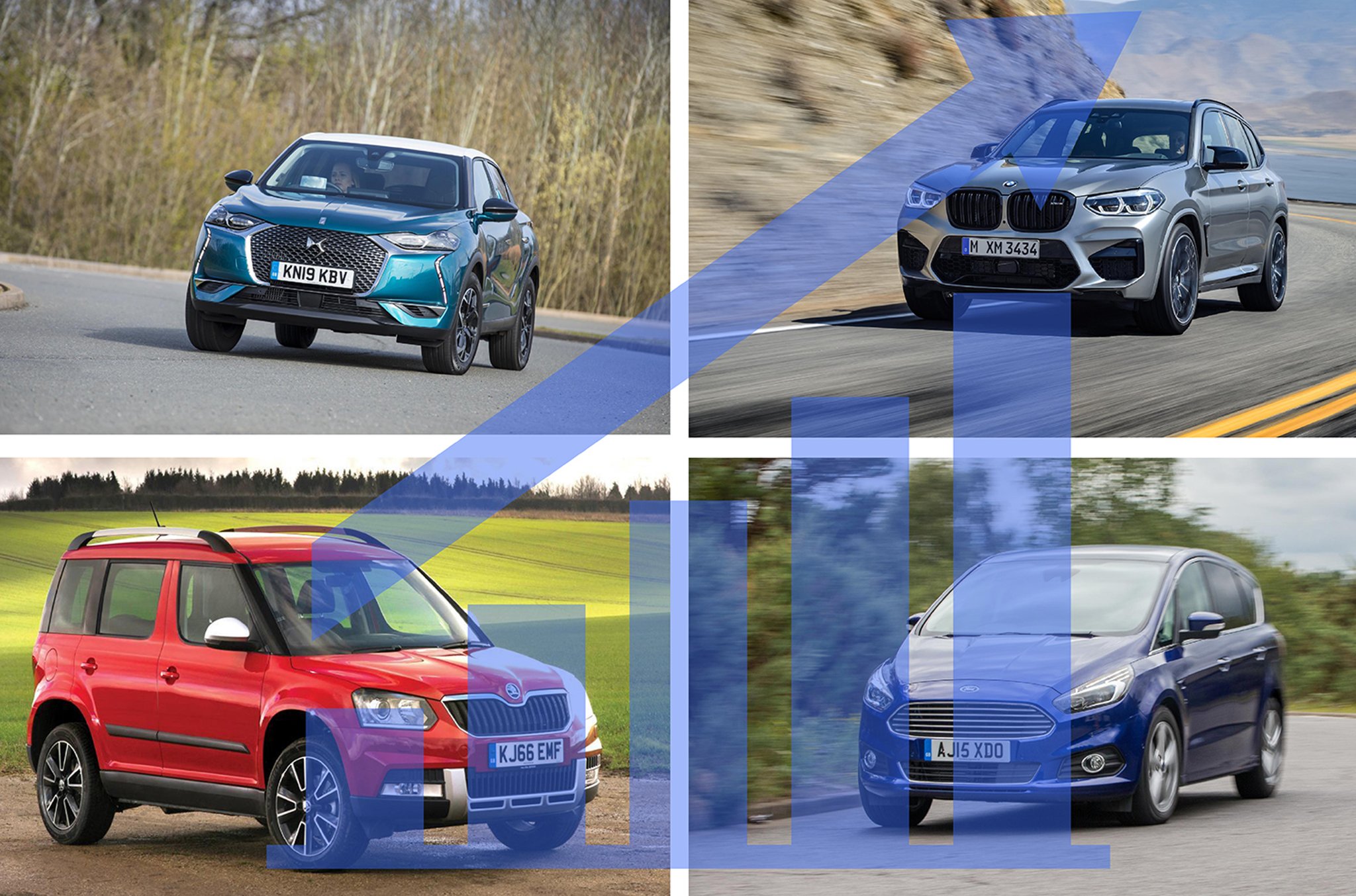 Used car prices have rocketed this year, recording five years’ worth of growth in just six months, according to Auto Trader.

Rising demand post-lockdown and limited supply in both the new and second-hand markets have pushed up prices for 20 consecutive months and the average used car is now worth £17,366, £3,400 more than it was in May.

The growth has been seen in almost every segment as well, from superminis to supercars but while the average year-on-year rise is around 28%, some models have seen their value rise by as much as 50%, which is great news for sellers but not for buyers.

However, some cars have seen below-average growth and, in one or two cases, prices have fallen despite the strong market, offering the chance for buyers to bag a bargain.

This practical seven-seat MPV hsa now been discontinued but there’s still strong demand for the spacious Spaniard, with average values rising to £18,918.

It seems that even in winter there’s a desire for something sleek and convertible and this large premium drop-top is fetching an average of £7,844 despite its advancing years

Our second people carrier didn’t enjoy massive sales success when it was brand new but families are clearly keen to snap up this French seven-seater now, with prices hitting an average of £9,425 across all generations

The Focus has been a big seller for Ford ever since it launched in 1998 but even relatively common cars like it are soaring in value right now. The average Focus sold in November 2021 went for £15,181

Property for sale: Unique character property near Sheffield is a semi-detached house and a cottage

Meadowhall had a ‘very successful’ year in 2021 despite the pandemic and some high profile closures, with 25 shops opening. The Star…

Property prices are hitting an all-time high in Sheffield so we decided to hunt for the city’s 10 cheapest homes by teaming up with Zoopla. The Star…

A four bedroom house in Sheffield described as a stylish pad was one of the most viewed properties on Rightmove during Christmas. The Star…

A versatile five bedroom property with 3 bedrooms in the semi detached main house and two in the attached grade two listed character cottage is for sale at £495,000. The Star…